2014 marks the 100 year anniversary of the first ever commercial flight. On 1st January, 1914 Tony Jannus made aviation history in Florida by flying the first plane with a paying customer from St. Petersburg to Tampa Bay. Although short-lived, this venture was to change the way the world viewed commercial aviation and begun the journey towards today’s global, multi-billion dollar travel industry. However, the experience was a far cry from the luxury of the modern day airlines. 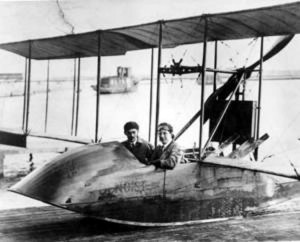 Tony Jannus’ plane, the Benoist XIV was labelled as an ‘airboat’ and was part of the St Petersburg-Tampa Airboat Line. It only had enough space in its open cockpit for just one passenger to make the 18.6 mile trip across the bay . The first passenger to make the trip was the former mayor of St. Petersburg, Abram Pheil. He had paid the princely sum of $400 (over $5000 in today’s currency) at auction for his ticket aboard the first flight, and him and Jannus we greeted by crowds of 3000 people waving and cheering them on for their experimental journey. The plane hovered at just 50 feet above the water and, even though they had to land in the middle of the bay to repair a broken propeller chain, the journey took only 23 minutes, a stark contrast to the 12 hours that the same journey would have taken by rail.

Many think that air travel today is an expensive, but necessary luxury if you want to travel easily. 100 years ago on those first flights it was no different. Jannus continued to fly his airboat across the bay, twice a day, 6 days a week. A ticket for the journey cost $5 (which would be about $115 in today’s money) plus $5 for 100 pounds worth of freight – the idea of charging for excess baggage is not a new one! However, despite the high priced ticket, there was very little luxury on offer with just a hard wooden seat next to the pilot included in the fare. 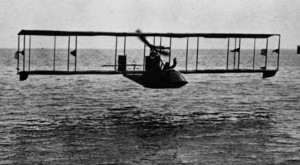 Air travel has changed so much that it is almost unrecognisable from these first attempts. With the advance of international travel, and people wishing to travel the world more quickly and easily than ever before airlines are constantly looking at ways to improve the services offered on board. This has seen the development of more luxurious amenity kits, drinks offered that can help fight the effects of jet lag, food developed by Michelin starred chefs and cabin crew that are trained to accommodate a passenger’s every whim. However, at the heart of today’s luxury travel lies the same motivation as it had 100 years ago with that first flight across Tampa Bay – to connect people in a more convenient and time efficient way. The luxury fixtures and fittings may have changed over the last century, but Tony Jannus paved the way and allowed people to realise that air travel was a real possibility.