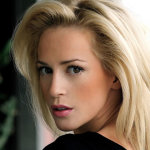 She has appeared alongside Hollywood stars including Tom Cruise, Meryl Streep and Christopher Walken, but now Louise Linton is stepping into the spotlight on her own. The Scots actress is set for the biggest year yet in her burgeoning career with three upcoming major movie releases, including two leading lady roles and a part in […]